Proteins are formed from chains of amino acids called polypeptides. These chains are folded into stable 3-dimensional structures that determine the overall protein structure. Each protein is on average made up of about 300 amino acids, the order of which will determine how the protein will fold upon itself. In a typical human body, there are hundreds of thousands of different types of proteins that each have specific shapes and perform different tasks. However, these complex structures can fail for a variety of reasons, including mutations or mistakes made by the ribosome. Protein folding failure can lead to damaged cells and even cause major diseases such as Parkinson’s.

A protein typically has four layers of structure that are important during protein folding: the primary, secondary, tertiary, and quaternary structures. The primary structure is the sequence of amino acids. The order of the amino acids help determine the interactions in the secondary and tertiary structures. The secondary structure consists of α-Helices and β-sheets that extend in one dimension. α-Helices are shaped like coils and form the backbones of the proteins, and are held by hydrogen bonds parallel to the coils. β-sheets are zigzag shaped sheets that can either form β-pleated sheets or antiparallel β-pleated sheets, which are also held by hydrogen bonds. These hydrogen bonds are located between the NH and CO groups on the peptides. The tertiary structure takes the α-Helices and β-sheets and folds them into three-dimensional structures, which determines its function. These structures are held together by non-covalent interactions such as ionic interactions, hydrophobic interactions, and hydrogen bonding. The quaternary structure, also known as subunit organization (which determines the use of the protein), is where peptides bond to other peptides. Under normal conditions, proteins will spontaneously fold to form their native conformations, or their normal structure after folding. This three-dimensional structure is determined by a protein’s primary structure. During protein denaturation, which is caused by external stress on the protein, only the primary structure is left intact, so the protein cannot function. 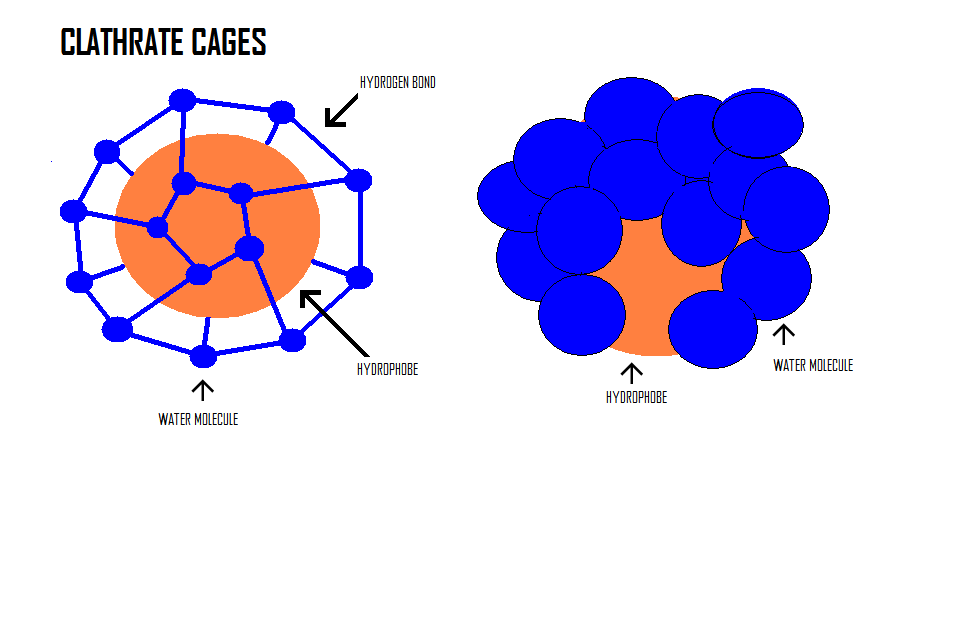 The ability of proteins to fold is determined by a variety of factors. The most important factor that affects protein folding is thermodynamics. If a protein is not in its lowest energy conformation, it will continue to adjust until it is. Thus, this factor is known as a stabilizing force. Energy maps can be used to find the most thermodynamically favorable forms. In globular proteins, a common type of protein that is spherical, a major driving force is the hydrophobic interactions. The proteins try to minimize the nonpolar surface that is in contact with water. As a result, hydrophobic residues are buried in the core of the protein which creates channels within the protein. Globular proteins usually have distinct native conformations in water. A final factor that affects protein folding is disulfide linkage in the protein. The disulfide bond is a bond that forms from oxidation processes and links cysteines, or one of the few sulfur containing amino acids, in proteins. These affect protein folding because it helps the protein get into and retain its folded shape. These bonds are very stable bonds that contribute to the final folded structure.

Because of how complex protein folding is, the process is very error prone and can lead to devastating diseases. The first way protein folding failure can occur is through mutations. Mutations can occur that change the amino acids in a protein, which prevents the protein from being able to reach its native conformation. Because many mutations are genetic, many of the diseases that arise from protein failure are genetic too, such as sickle cell anemia. Ribosomes, which synthesizes proteins, can make mistakes as well. It is estimated that the ribosome makes as many as one mistake every seven proteins. While most of these mistakes only cause slight inconveniences in protein folding, a buildup of failures can cause serious diseases. Finally, protein denaturation can occur if the conditions for protein folding are not right, such as altered acidity or temperature. This causes the protein to lose its functionality. Loss of function is one of the main effects of protein folding failure in general. When enough specialized proteins fail, a specific function in the body will fail as well. Many notable diseases such as cancers are the result of a lack of a specific type of protein. Proteins can also improperly fold to form shapes that are unsuitable for the cellular environment. These misfolded proteins have the sticky hydrophobic residues on the outside of the protein, which stick together to form aggregates. These aggregates are hypothesized to contribute to neurological diseases.